Cannabidiol (CBD) is one of the important cannabinoids with an expected bright future in pharmaceutics, cosmetics industry and gastronomy overall. In recent years, cannabis vendors have appeared on the cannabis scene around the world, offering various forms of cannabis oils and extracts in the form of new types of food or food supplements. Hemp Factory s.r.o. helps find companies that have decided to work with cannabinoids and cannabis extracts solutions.

We know how legislatively ensure high standards of cannabis extracts rich on cannabinoids. We’re growers of high-quality varieties of cannabis. 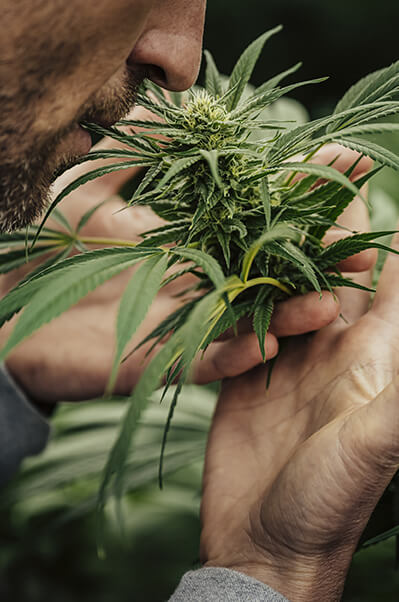 It's simple. Cannabis has many uses in medicine and scientific reports prove excellent pharmacological properties. More and more patients with pain will report and use cannabis care. Compared to conventional antiemetics, corticoids and analgesics, natural cannabinoids from cannabis are safer for the body, and this opens the door to unlimited possibilities of use.

We are mainly interested in quality extracts, which are primarily intended for humans and animals. Together, they support the development of the cannabis industry and many more cents for a better life on Earth.

The Website requires you to be 18 years or older to enter.